Fire has a striking image and purpose throughout the Scriptures.  In the Old Testament Moses met the Lord in the wilderness as he saw a bush that burned with the presence of the Lord but was not consumed. In the Jews Exodus from Egypt, God came down and protected them from the oncoming Egyptian King and his army by a pillar of fire that stood between them and their enemies. Israelite sacrifices were devoured by fire on crudely made altars in the wilderness, until the Altar in front of the Tabernacle was built to God’s specifications.

What followed was system of religious instructions for sacrifices offered on that Altar on a daily basis for various reasons but in all cases it was to “forgive the people’s sins and make them right with the Lord”. The pillar of fire would remain over the tabernacle or “tent of meeting” as it was often called, showing the blessing of the Lord’s presence and His guiding hand on the Children of Israel during their wilderness journey. 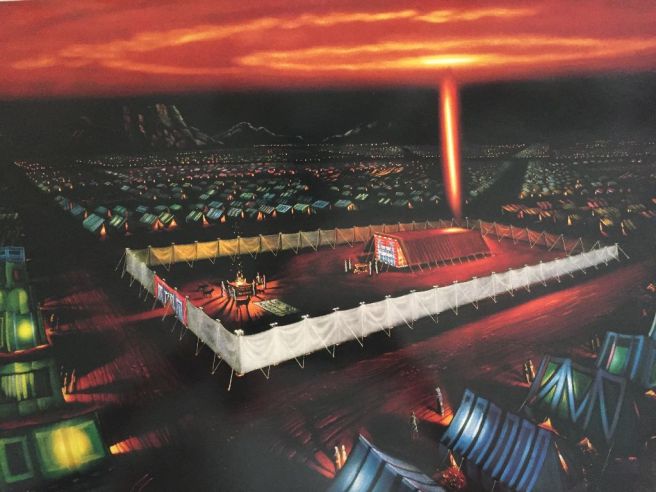 What is very interesting and has significance for us today is that the priests were commanded in Leviticus 6:13 to never let the fire in the altar go out! In the New Testament book of Hebrews we read “For our God is a devouring fire” (Heb 12:29 NLT). The word “fire” is used 73 times in the New Testament and is mostly used as referring to the elimination or punishment for sin in the believer’s life. Jesus told his Disciples after his transfiguration in Mark 9:49  “For everyone will be tested with fire”. Today God is not devouring animal sacrifices but rather He sent his Holy Spirit to baptize us as it were “by fire” so that the fire of God would burn on the altar of our hearts and it’s light would shine forth for all the world to see.

On the day of Pentecost when the Holy Spirit came to indwell believers we read in Acts 2:3 “Then, what looked like flames or tongues of fire appeared and settled on each of them.” The disciples were filled with boldness for proclaiming the message that Jesus saves.

Ultimately, that fire will be kindled and fed by our closeness to our Savior. How is your walk? Do you feel the heat? The two disciples who walked with Jesus on the road to Emmaus after Jesus revealed himself to them said afterwards, “Did not our hearts burn within us while He talked with us on the road, and while He opened the Scriptures to us?” It’s long overdue time for our hearts to be burning hearts and for pillars of fire to be shining out from our lives! Amen?