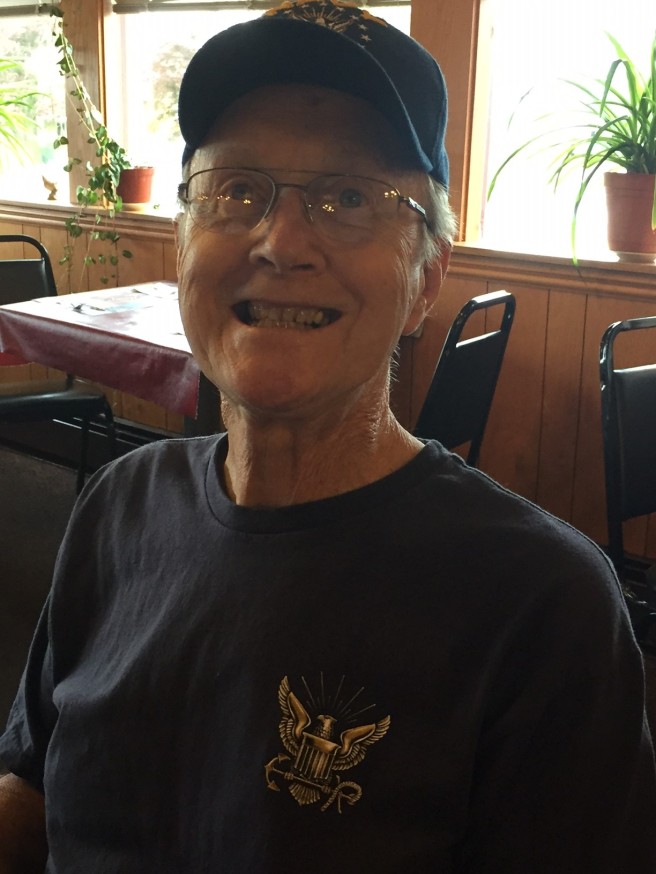 You probably never really totally regain your previous self after almost dying from Melanoma Cancer, but my brother Pooch has gotten very close! It’s a year this month since he was declared tumor free after an incredibly arduous and torturing regimen of treatments to attack the scores of tumors that were attacking his body back in April of 2016. The tumors were actually eating away at his rib cage! Doctors said his body actually re-grew the bone that the tumors had attacked!

We Wolfe Brothers (Irene’s boys) have breakfast together the first Saturday of the month and even during his treatments Pooch would somehow drag himself (with the help of his son Matthew) to our times together. We saw him in the deepest of deep valleys and little by little through his strong faith in Jesus and the prayers of the Saints we saw him climb back out of that pit until just yesterday he was back to his jovial and jesting self as you can see by his sly smile above!

He has gained back all the weight he lost (around 50 pounds of fat he says:) and is back doing projects (for Thelma) and for the ministries he has so often supported. They even spent a week at the Child Evangelism Fellowship camp serving in the dining hall kitchen. Though they needed some extended “recliner time” when they got home!

Their lives back in Green Point in the middle of their 80+ acre mountain hideaway has it’s ups and downs. Just the other night they heard a banging behind them on the picture window of their living room and amazingly beheld a huge black bear on his hind feet pounding on their window! How’d you like to see those beady eyes staring in at you? The bear was trying to reach an elusive Humming Bird feeder just out of its reach! Pooch spread a pepper mixture repellant around the house and hasn’t had too much trouble with the big guy since!

Thank you SO much for your continued prayers for Pooch as he still deals with a 24/7 headache from a case of Lyme disease which has been with him for years. Even before and after the Melanoma. Maybe we could entreat our Great God to grant this worthy servant of the Lord some long desired and prayed for relief! Though like Job, I know Pooch would say “Though He slay me, yet will I trust Him!” (Job 13:15)

Our soul waits for the Lord; He is our help and our shield. For our heart shall rejoice in Him, Because we have trusted in His holy name. Let Your mercy, O Lord, be upon us, Just as we hope in You. Psalm 33:20-22 (NKJV)

One thought on “Pooch Still Praising!”