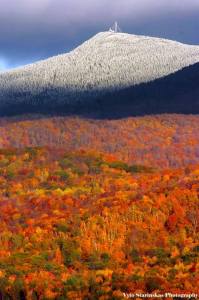 The story is told of a man who, to put it bluntly, was ashamed of his faith. Even though a Christian he would very seldom give a word of praise to Jesus publicly in the office or workplace. When co-workers would use the name of Jesus Christ as a swear word he would cringe inside but keep his thoughts to himself. To actually speak to someone about Jesus or his faith was a very seldom occurrence, but he genuinely wanted to, he just never felt that he had the ability nor did he feel he could defend his faith if asked questions so he just kept silent. Like I said, he was a Christian so he carried a New Testament with him to work and often would read it when no one was watching.

One day, after a particular challenging morning at work he went outside at lunch and found a comfortable spot away from everyone under a shade tree that was turning into it’s fall colors to read his Bible since he didn’t want people to think he was a religious fanatic. The Word began to lift his spirits as it always did and then he noticed across the way at a patio a man sat down and he just opened up his Bible in front of everyone and started to read! A little while later a young woman did the same at another table and like the other person she made no effort to hide what she was doing. This boldness spoke to his heart and he decided it was time for him to be bold about his faith as well.

I borrowed a few lines for this blog from my “Upper Room” devotional this morning because sometimes I am that man! Can you identify with this story? I surely did. Do you agree it is time for believers to stand up and let others know about Jesus? Isn’t it time to show our faith for all to see? There are hurting people with whom we rub shoulders every day and we have the answers for their life struggles and more importantly the answer to eternal life! Take your Bible to work today and open it for all to see. Do some “trolling for the Lord” today, the Bible calls it fishing for men, because when people see you live out your faith there will be one or more who will ask about the faith by which you live and you can point them to your Savior.

My brother is a chaplain at a truck stop in South Carolina and he makes it his practice to sit in a booth at the McDonalds restaurant and open up his Bible to do his Psalms for the day. He often finds that people will see him reading his Bible and purposely sit close by in order to ask him a question which leads to many conversations with eternal value. Like I said, people are searching. The world has nothing to offer that lasts forever. We do. God paints the mountains with BOLD colors at this time of year to remind us of his presence and power in our world. Let us be BOLD for Jesus today for all to see!